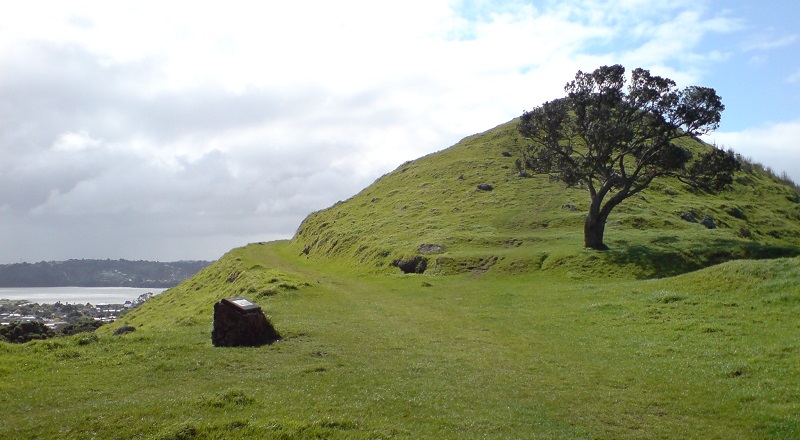 The City of Sails is a great place to visit with so many notable attractions to pick and choose from. Being a tourist hotspot, the top sights are fairly well publicised so we thought we’d highlight a few lesser known marvels for those after something a little more Kiwi-casual.

Point Chevalier was one of Auckland’s most popular beaches in its heyday but after the Second World War and completion of the Auckland Harbour Bridge (giving quick access to the North Shore), its popularity dipped and the location suffered from degradation. The re-sanding of the beach in 2008 seems to have since revitalised it with crowds starting to return over the summer weekends. It offers a much calmer beach experience than some of the more popular options and is lined with beautiful Pohutakawa, providing shade for those extra hot days. If you’re lucky enough, you might even see our Prime Minister (who lives in the area) taking a stroll herself!

Auckland isn’t short of a few mountains/volcanoes (there are approximately 53 in fact) and many tourists will be taken to the likes of Mount Eden and One Tree Hill to admire the views of the city. Another option with far fewer visitors is Mangere Mountain with one of the largest volcanic cones in the city.  The views from the peak are arguably just as good with its picturesque sunset across Manukau Harbour especially hard to beat. An easy one to do yourself, but there are also tours available detailing its archaeological and Maori heritage.

We’re not sure if Pah Homestead, which houses the James Wallace Art Trust’s collection of New Zealand Art, qualifies as a less notable attraction in Auckland given it’s had nearly half a million visitors since opening in 2010. It is, however, fairly well hidden in the suburb of Hillsborough where from the main road, you’d scarcely know it was there. This makes for quite a first impression when you approach it after turning in to see the homestead for the first time. It comes as no surprise when you later find out that it was the largest house in Auckland on completion in 1897. The collection itself is fantastic, and hosts a number of events and exhibitions right throughout the year. About 20 minutes drive from the city and well worth the visit.

The Auckland Night Markets started off small in one Pakuranga location in 2010. Aucklanders quickly took a liking to the concept, which now boasts eight different locations. Until recently, the locations were limited to the suburbs, making it a little more challenging for tourists/visitors to perhaps get to, but a new location has opened up in the CBD on Shortland Street, making the experience much more accessible to those staying centrally. And the experience is a great one with a huge selection of cultural cuisines to choose from, as well as music, entertainment, stalls for fashion, crafts, toys and more.

Us Kiwis love our films and are among the most cinema-going in the world. A night out at the movies rightly fits into a Kiwi experience and where most of us frequent the multiplexes for ease and convenience, there are some great little cinemas in Auckland to choose from. The one we’ve highlighted for this is The Vic Theatre and Cinema which occupies a beautiful vintage building in Devonport and is one of the oldest functioning purpose-built cinemas in the Southern Hemisphere. Established in 1912 and completed refurbished in 2010, The Vic screens a wide range of films, live performances and even runs school holiday filmmaking courses. A genuine time capsule experience in a great area of Auckland which you can also get to via a 10 minute ferry from the city.

The Riverhead Tavern (est 1857) is one of the oldest riverside taverns in the country and holds New Zealand’s second oldest liquor licence. Pubs and taverns (in the old British style) are quite rare in this country so for us and visitors alike, it is a bit of a gem. Like a few other mentions in this blog, it underwent an extensive renovation in 2010 and has been carefully restored to its former glory. Within the tavern itself you’ll find a restaurant, a function venue, and a neighbourhood bar all on the shores of the Waitemata. Again, it’s another time capsule experience, despite being only 25 minutes drive from the city. There’s also a scenic route to get there via cruise boat from Westhaven Marina which will give you the added bonus of taking in features like the Auckland Harbour Bridge, Chelsea Sugar Refinery, Kauri Point and Herald Island.

Hidden in the shade of the Waitakere Ranges sits Titirangi Village which has been holding its market on the last Sunday of the month (between February – November) since 1991. It now features over 130 stalls of arts, crafts and produce, with music performances from some of Auckland’s best folk musicians. The village itself is a great place for a stroll with a few galleries including the McCahon House, artist studios and no shortage of cafes, bars and restaurants. It’s around a 25 minute drive from the city but you can also get there by public transport via train to New Lynn, and a 10 minute bus ride from there.

Everyone knows about Waiheke, but just in its shadow to the east sits Rotoroa, a fascinating little island with an interesting past. Purchased by the Salvation Army in 1908, it served as a drug and rehabilitation facility until 2005. A revegetation project was eventually put in place and it was officially opened to the public in 2011. With inhabitants including kiwi, takahē, tĪeke (saddlebacks), whitehead, pateke and more, there’s great wildlife to be seen along the walking tracks and a museum to learn about the mission to save them. There’s also a beautiful sandy beach to enjoy for a nice all-round experience. A pleasant 75 minute ferry from the city via Waiheke Island.

For the fit and able we’ve included the Omanawanui Track in the Waitakere Ranges which the Auckland City Council describes as one of the “secret jewels” of the Regional Park, perfect for our blog! It’s a 3km track through a mixed canopy forest that has some steep sections to negotiate, but rewards trampers well with glorious views of the sparkling waters across the Manukau Bar. The keen-eyed may even see old remnants of the Omanawanui Pa fortifications along the way.

With no direct road access, Karaka Bay fits nicely into our “hidden” category, and with the beautiful beach itself we can safely say it’s a bit of a “gem”. With a good stretch of sand, some amazing old Pohutakawa, a great view of Rangitoto, it makes for a wonderful isolated picnic and swimming spot. Easily one of the less populated beaches, you can get to Karaka Bay via track access on Peacock Street off Riddell Road.

Have we missed any hidden gems off our list? We’d love to hear from you if you have any great tips for us and we’ll add the best ones to our post! Send in your top tips to our Facebook page.