Top 5 things to do on a sunny day in Auckland 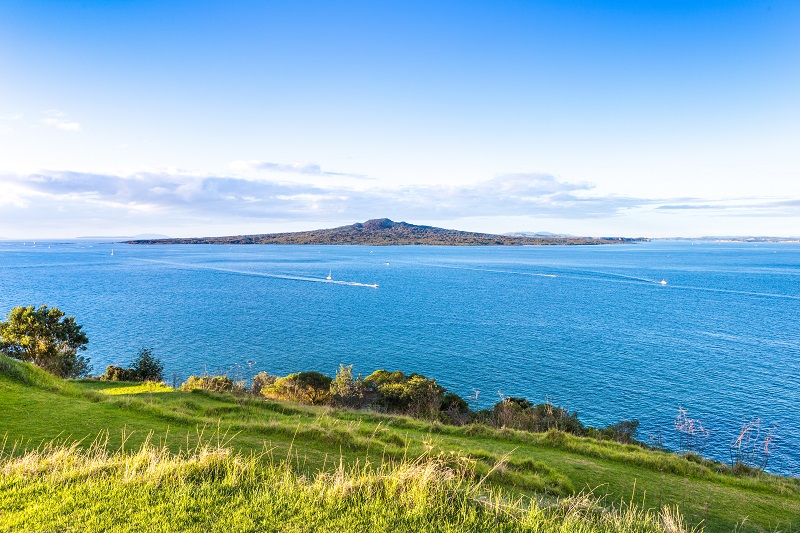 It seems as though summer has finally arrived in Auckland! After a windy start to 2017, February has been a beautiful month up in New Zealand’s biggest city with plenty of sunshine and some calm days out on the water. Aucklanders and visitors alike have been making the most of the warm and sunny weather, hitting the beaches, the water, the islands and the parks around Auckland but we wanted to find out which are the best things to do in Auckland on a sunny day so we put it out to our Facebook fans and this is what they came back with.

It may be only a short 15 minute ferry ride from downtown Auckland but Devonport feels a world away from the big city. It’s a hugely popular spot to go on a sunny day and the ferry ride for some is a highlight of the trip. Once you get across there, take a stroll on the waterfront, head up one of the two volcanoes or grab a coffee from one of the quaint little cafes that line the main street.

There are few better places on a sunny day than a trip to Waiheke Island. This stunning island is just a short 50 minute ferry ride from downtown Auckland and was voted in the Lonely Planet’s Top 5 places to visit in 2016. Once you get there, you can head up to the main town of Oneroa which has lovely cafes, restaurants and art galleries or maybe head down to one of the beautiful beaches. A great way to spend a half day is to take a guided wine tour which will take you to three or four of the islands vineyards as well as giving you a guided bus tour – two trips for the price of one!

We had so many recommendations for great regional parks that we have had to add them all in to one recommendation! You really can take your pick in Auckland as the city is spoilt for choice. Heading north you will first come to Long Bay Regional Park which is situated just north of Browns Bay on the North Shore. Head a bit further and you can head out on to the Whangaparaoa Peninsula to Shakespear Regional Park or maybe check our Wenderholm which is just past Orewa. All three of these parks enjoy waterfront locations and have a range of walking tracks to suit all ages and fitness levels.

Auckland’s skyline is dominated by volcanoes. We’ve already mentioned two across in Devonport but you don’t have to head far to find more. The most popular is probably Mt Eden – a top tip from a number of our Facebook fans. Overlooking the city, Mt Eden is a great place to head early morning. There are some great cafes that sit at the bottom of the Mount which are great for a pre or post climb feed. Another iconic volcano is Rangitoto that dominates the Auckland skyline. Set out to sea, this beautiful volcano offers up another chance to hit the water and take a ferry over before embarking on the climb to the top. Those who make the climb are rewarded with stunning views back to the city, across to the north shore and looking north towards the islands including Great Barrier and Kawau Island.

There is perhaps no better place to head in the summer sun than the beach. Whilst downtown Auckland is more focussed on the boating community, a short bike ride, bus ride or a walk if you are feeling up to it will take you around Auckland’s Bays to the small communities of Mission Bay, Kohimarama and St Heliers. Each of these small villages has its own vibe going on with some awesome cafes and restaurants but the main attraction is the beach. All enjoy stunning views north with Rangitito sitting directly opposite and the white sandy beach and clear blue waters are extremely inviting during the summer months.

So there you have it – the people have spoken! Let us know what you think or whether there is something else you would add to our list. Send us your comments on our Facebook page.