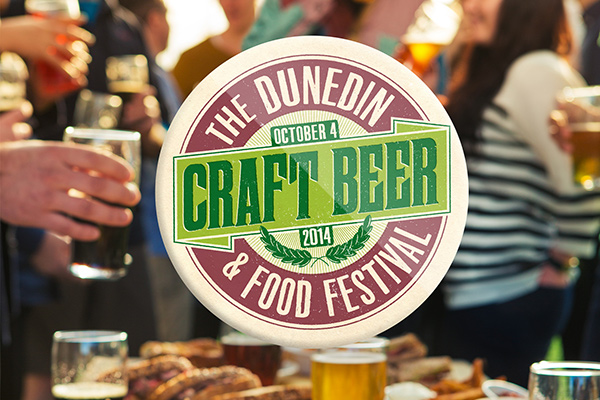 You know summer is on the way when the beer and wine festivals start coming around and at the beginning of November, Dunedin will play host to the third annual Dunedin Craft Beer and Food Festival and it promises to be bigger and better than ever. Held at the Forsyth Barr Stadium on Saturday 12 November, the past two Dunedin Craft Beer festivals have been a huge success and this year the organisers are expecting more people than ever! If you haven’t already, we recommend getting your ticket early – whilst there may be tickets available on the door, capacity is limited to 6,000 and when they’re gone, they’re gone so make sure you don’t miss out!

The main focus of the Dunedin Craft Beer and Food Festival is obviously the craft beer; New Zealand is one of the best places in the world to sample craft beer and we like to celebrate the diverse and wide range of brewers up and down the country. This event will be no exception with the biggest and broadest range of craft beers to date. A good beer festival would not be the same without some tasty food to go with your beers and the Dunedin Craft Beer and Food Festival has a wide range of food vendors around the stadium to satisfy your appetite. There are some great food match up stalls which will pair the perfect beer with the ideal food match, helping you to give your taste buds a real treat!

Some of the biggest and best brewers from New Zealand will be at this year’s festival so make sure you check out the full list of brewers and start thinking about the beers you want to sample this year.

Whilst Craft Beer is the focus, where would we be without some quality Kiwi entertainment? This year, the guys at Dunedin Craft Beer and Food Festival are putting a big focus on entertainment from live music to seminars where you can learn more about the beer brewing process and maybe take some inspiration to start brewing yourself! Entertainment this year will include:

Whilst some of New Zealand’s best brewers will be showcasing their awesome beers at the Dunedin Craft Beer festival, this is also a chance for basement brewers to steal some of the limelight with their own tasty homebrews. In conjunction with the Dunedin Malt House, the competition is a chance for home brewers to brew next year’s ‘Festival Brew’ on commercial brewing equipment – pretty cool prize to go along with the massive kudos! If you brew your own beers, be sure to check out the details and get your brew in the mix!

Tickets are still on sale for the event taking place on Saturday November 12 but be quick as they are selling quickly. All the details can be found on the official Dunedin Craft Beer and Food Festival website – we can’t wait and hopefully we will see some of you down there. If you need any further information, be sure to ask our staff at the Wains Hotel in Dunedin and book your festival accommodation today.