The All Blacks vs Wales – Steinlager Series 2016 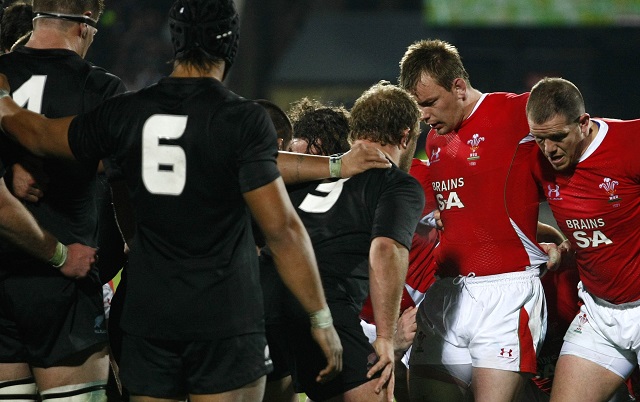 This weekend sees the start of the Steinlager Series where the New Zealand All Blacks will take on Wales in a three match series. The opening test is on the 11 June at Eden Park, Auckland and whilst tickets may have sold out for the game, there is still time to book your accommodation at one of our two Auckland city hotels – The Grand Windsor in the central CBD or Greenlane Suites just outside of the city.

New Zealand vs Wales – a bit of history

It’s been a long time since Wales last visited Eden Park to take on the All Blacks and they won’t hold fond memories of their last visit – a 54-9 thrashing in 1988. Despite the absence of a test for the Welsh over in New Zealand, there is a long history between the two teams and Wales’ recent resurgence means they should provide a much sterner test for the All Blacks this time around.

If you were a betting man however, your money would have to go on New Zealand to take home the win in the first test this coming weekend. Wales have played a total of 29 tests in the Southern Hemisphere and only have one win to their name – a cherished victory against Australia (which was cheered on as much by All Black fans as the Welsh!).

If you are planning on following the Welsh around the country on their three test, three week tour then you will get the opportunity to visit three great cities, all of which are home to one of our seven CPG Hotels. Following the opening test in Auckland on the 11 June, the Welsh will head to the capital Wellington on the 18th June where they will be hoping not to be licking their wounds from another Eden Park hammering. This is the only match of the three test series which still has tickets available to if you want to see the All Blacks take on Wales, book yourself in for a weekend in Wellington and book in at the Willis Wellington Hotel.

The final test will take place in Dunedin with hopefully something still to play for other than pride for the Welsh. They are sure to get a rousing welcome from the locals where rugby is a way of life and a visit by the All Blacks always draws a huge crowd. This game has already sold out despite being just under 3 weeks away and it is hoped that the crowd may have a deciding test to witness. Again, if you’ve secured your tickets and you’re planning a trip down to Dunedin, check on the availability at Fable Dunedin where we welcome rugby fans from home and abroad.

All that’s left to say is GO ABs!

YOUR SAFETY IS OUR PRIORITY

Anyone entering our premises must be fully vaccinated or produce a letter of exemption from the Ministry of Health.