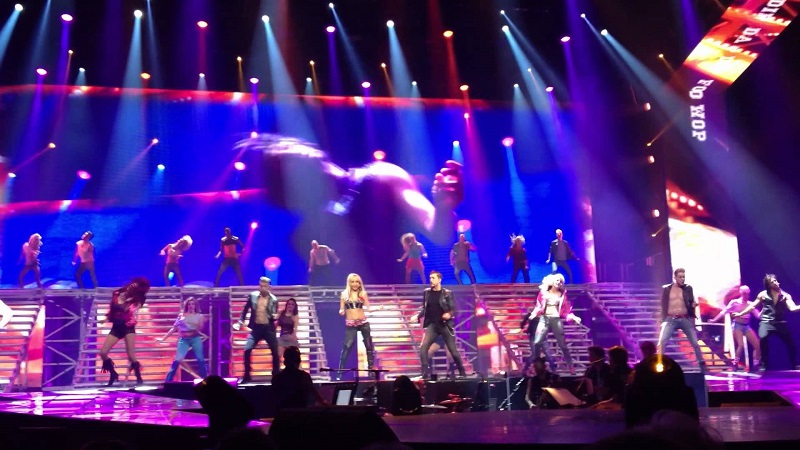 That’s right everyone. The Grease Arena Spectacular is coming to Dunedin and it’s going to be awesome! The More FM Arena is going to be transformed for this three night musical extravaganza and you can still be a part of it! Tickets are still on sale and it promises to be a night you won’t forget as one of the largest creative teams ever assembled makes its way to Dunedin.

The cast of 40 will have you singing along to all the old classics from this original high school musical including You’re the One That I want, Greased Lightnin’, Summer Nights, Grease is the Word and more. All of your favourites will be there including Sandy, Danny, the T-Birds and the Pink Ladies and they will have you rocking along in what is being hailed as the freshest and most exhilarating performance of Grease in years.

Most of you will know all about Grease but just in case you don’t, here are a few of the facts you might not know:

The musical is set at Rydell High and for three nights, the More FM Arena in Dunedin will be transformed back to the 70s as it hosts it’s very own high school reunion. Watch as the characters you know and love bring the show to life with their energy and electric performances.

If you are a fan of Grease, this is a night not to be missed.

Tickets for all three days are still available and two extra shows were recently added on the Saturday due to high demand for tickets. The gala performance on opening night promises to be a showstopper and you need to move fast if you still want tickets for this night which kicks off at 7.30pm.

The Grease Arena Tour event in Dunedin is proudly supporting KidsCan with special tickets available which will see $10 donated to KidsCan. These Pay It Forward tickets cost $49.50 + booking fee but it would be great to show your support for this amazing charity. By purchasing one of these tickets, you are giving the chance for someone deserving to experience this spectacular theatre event.

This promises to be a fantastic experience no matter which show you attend and you can expect to see a number of our Wains Hotel staff down there partying the night away!