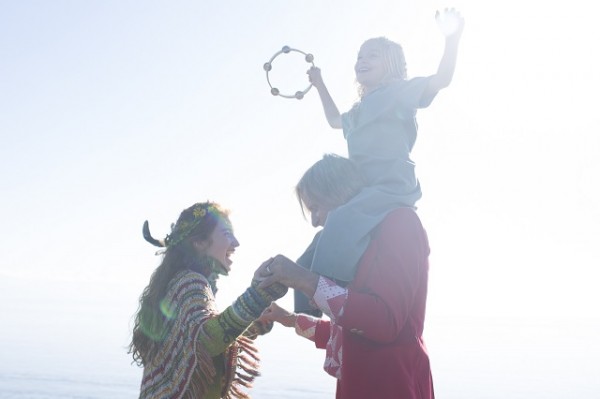 Every winter, the New Zealand International Film Festival rolls into Wellington and each year seems to get bigger and better as the city celebrates movies and movie-going by bringing you the very best of world cinema right here to the capital city. The Wellington leg is part of the International Film Festival’s tour of New Zealand which also sees it visit Auckland, Christchurch, Dunedin, Hamilton, Hawke’s Bay, Nelson, Tauranga, Palmerston North and more.

The Wellington leg of the New Zealand International Film Festival takes place from the 22 July to the 7 August and this year’s line-up has been curated by programmers and producers who scour the very best of the international movie scene from the USA to Australia to Europe and then put together a festival right here in New Zealand to celebrate everything good about the movies.

The NZIFF was founded on the principal of sharing box office income with filmmakers and it is a great wat for many new and upcoming filmmakers to launch their movie and make a few dollars at the same time.

As well as giving the good people of Wellington the opportunity to see some great international movies, it’s also a chance to celebrate the outstanding filmmakers from right here in New Zealand. Upcoming New Zealand Filmmakers will be showcasing some of their outstanding work at the film festival and these vary from full feature length movies to short movies. There is a competition for New Zealand’s best short film and from an initial submission of 81 movies, the NZIFF programmers have whittled this down to just 12 finalists and you will be able to vote for your favourite. These will be showing on Wednesday 27 and Thursday 28 July at the Paramount.

There will be some highly acclaimed international movies available for you to watch throughout the festival and this is a chance to see some real hidden gems that didn’t make it to the big screen but have made great waves in the movie communities around the world.

Here are some of our top picks from the festival line up:

Directed by Matt Ross, this energetic comedy/drama is headed up by renaissance man, Viggo Mortensen who steals the show as a solo father whose idealistic way of raising his six children off the grid comes under attack.

Perhaps the most lauded Australian drama of 2015, this bold, superbly acted movie is the debut film of acclaimed theatre director Simon Stone and features some heavy hitting actors including Geoffrey Rush and Sam Neill. This fantastic movie sees a prodigal son returning after many years away to his rural hometown for his father’s wedding only to find the world he once knew hastening into a worrying decline following his father’s decision to close down the saw mill.

Heart of a Dog Loaded with wry humour and surprising rug-pulls, Penny Lane’s supremely strange biography of 1920s impotence-cure mogul J.R. Brinkley is the documentary oddity every festival watch-list needs at least one of.

Crisp photography, boisterous tunes and a stacked deck of affable company make this funny, incisive comedy a memorable entry for the war genre. With Benicio Del Toro and Tim Robbins.

Best of the rest

There are of course hundreds of movies available over the course of the two week programme with a little bit of something for everyone. Whilst it’s always a safe play to pick something with actors you know or English language movies, we urge you to get out and try something a bit different – you never know what’s out there.

Speak to our staff at the Willis Wellington if you are looking for any recommendations or if you need help finding your way to one of the many venues where the movies will be shown.

*All image courtesy of the New Zealand International Film Festival – find out more.