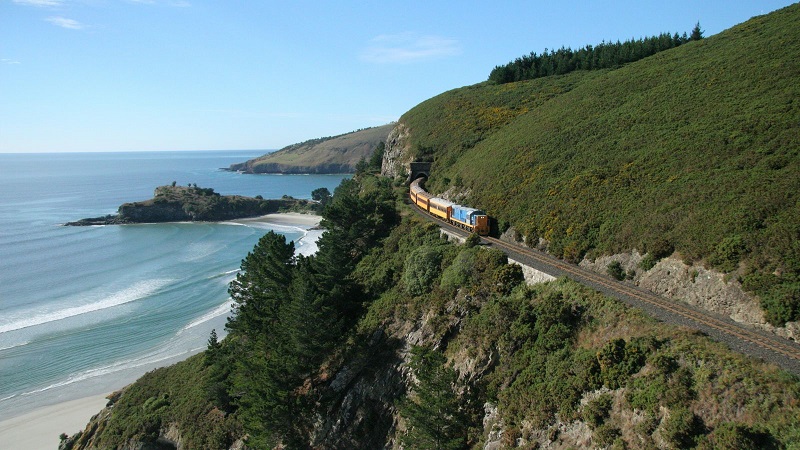 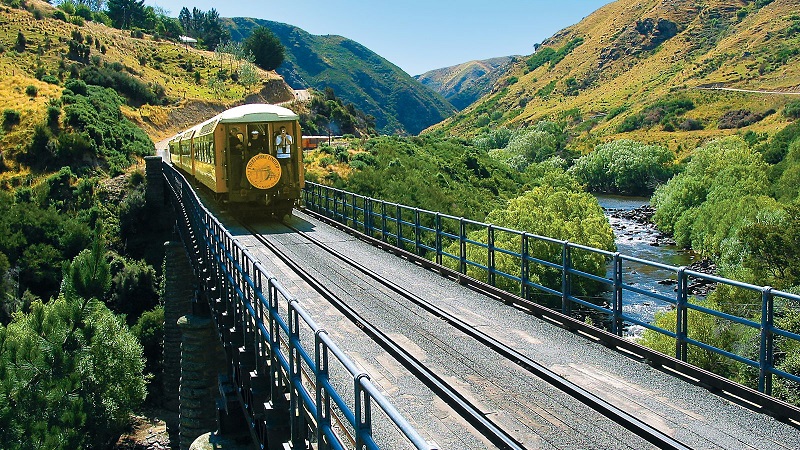 New Zealand is known for a lot of amazing things but its railways are not usually up there on the list. We don’t have a prolific railway network here in New Zealand however the ones we do have are pretty amazing.  There are three major routes that most people have heard of: the Northern Explorer which takes you from Auckland to Wellington, the Coastal Pacific that goes from Christchurch to Picton and perhaps the most famous, the TranzAlpine which goes cross country from Christchurch to Greymouth over the Southern Alps.

Away from these point to point journeys, Dunedin has its own spectacular network of railway journeys and a great network of railway lines which will take you all across the Otago region including the Oamaru, the Moeraki and the Waitati Seasiders. The highlight of the Dunedin rail network is a trip onboard the Taieri Gorge Railway, considered by many to be one of the world’s great train trips. 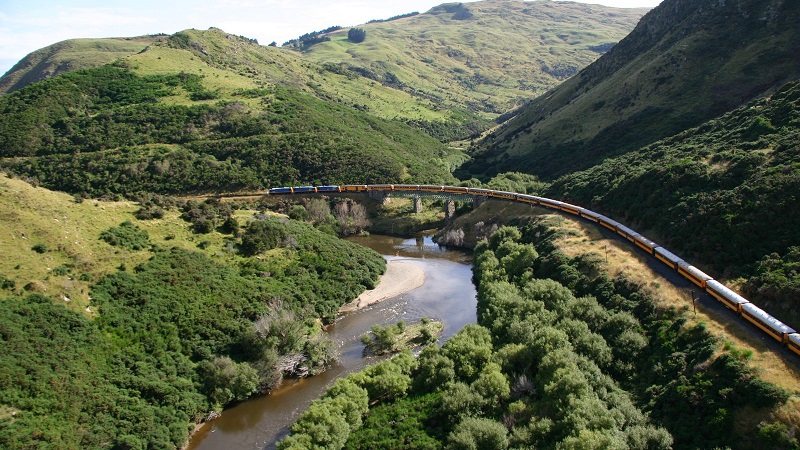 One of the many spectacular viaducts along the Taieri Gorge Railway

There are two options for exploring the Taieri Gorge on Dunedin Railways. On a Friday and Sunday, you can take the Dunedin to Middlemarch train which departs from the stunning Dunedin railway station and on to a journey through some of Otago’s most beautiful landscapes. After crossing the Taieri plains, the train will then climb into the Taieri Gorge, the highlight of this journey as you venture across 10 bridges and across countless viaducts that take you high above the river below. The railway line itself is an amazing feat of engineering not only for the way it cuts through the steep and narrow gorge, but also for the way it blends seamlessly into the surrounding landscape.

Middlemarch is the end of the line and a great place to explore for an hour before you hop back on board for the return journey.

Operating daily is the Dunedin to Pukerangi journey which follows the same route as the Middlemarch trip above, however this one doesn’t go as far as the end of the line and is a 4 hour return trip which will allow you to explore the wonders of the Taieri Gorge. There are two departures a day – the morning train leaves Dunedin at 9.30am and returns at 1.30pm and the afternoon train departs at 2.30pm returning back to Dunedin at 6.30pm. 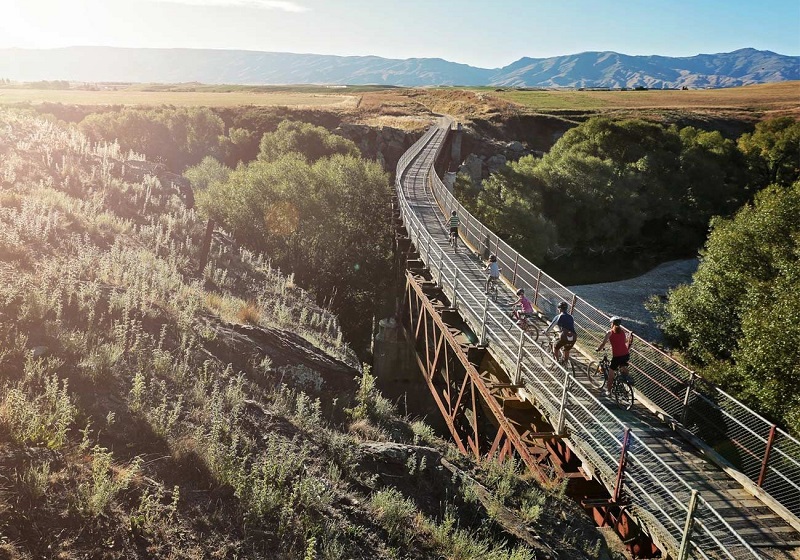 Taieri Gorge Railway has a combination of heritage carriages and modern carriages.  When booking you can request to be seated in a certain type of carriage and all our carriages have toilet facilities. There is also a licenced café on board all Dunedin Railway trains so whether you’re looking for a bite to eat or a nice afternoon beer or wine, they’ve got you covered.

If you are planning a trip to take on the Otago Central Rail Trail – one of New Zealand’s classic bike rides which takes you from Middlemarch to Clyde, then a good way to start or finish that journey is onboard the Taieri Gorge Railway which can either pick you up or drop you off in Middlemarch. The Otago Central Rail Trail is a 152km all off road bike trail that is set on the former site of the railway which was said to be one of the finest in the world.

A trip on one of Dunedin’s railway lines is a great way to explore the city and surrounding area at a different pace and in a way that is unique and very different to being behind the wheel of a car. It’s also a great opportunity to explore the spectacular Dunedin Railway station and you never tire of arriving or departing from the station.