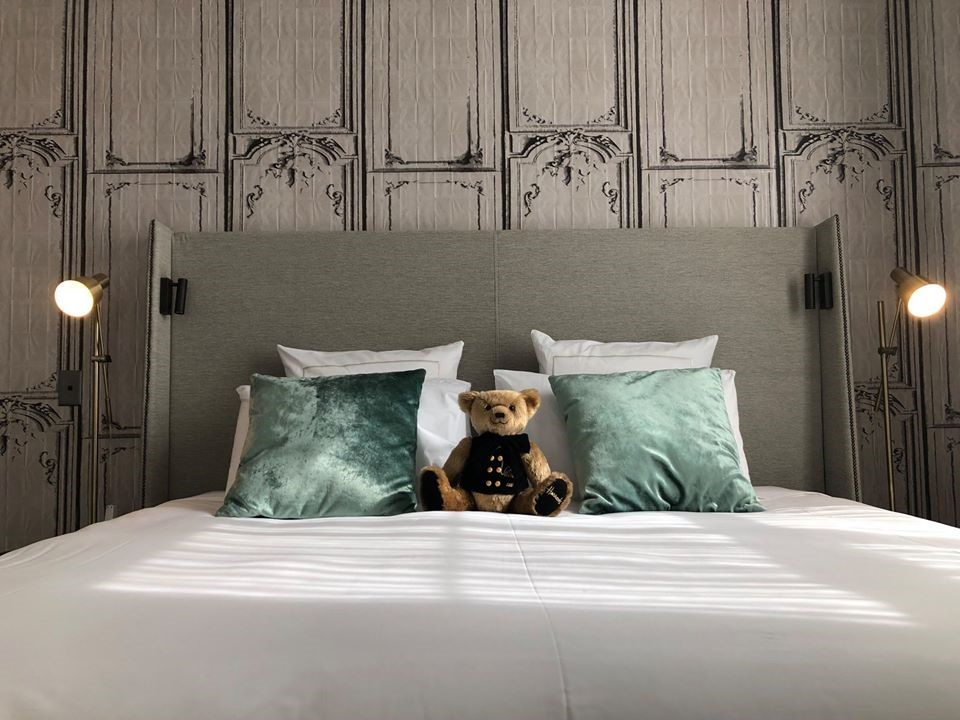 Fable Auckland, our premier Auckland accommodation location, has joined the nationwide teddy bear hunt to entertain children during the ongoing COVID-19 crisis. Spending time outside safely is important for everyone’s mental health during the lockdown period, and this will continue to be the case as we trial Level 3 restrictions together as a country in the coming weeks. That’s why we’ve placed a virtual teddy bear in five windows facing Queen St, for those with children who are isolating in the downtown area.

Where did the bear hunt come from?

The nationwide bears-in-windows campaign—organised by Annelee Scott—is based on Michael Rosen’s hugely popular children’s book We’re Going on a Bear Hunt. The famous message of the book, “we’re not scared”, has resonated with Kiwis looking after their kids across the nation, and has been hugely popular. Earlier in the month, Prime Minister Jacinda Arden even stated herself during a press release that she has put a bear in the front window of Premier House in Wellington.

The teddy bear hunt has become a symbol of hope and care for Kiwis, and a way to make children feel safe. Teddy bears are even appearing in windows overseas, as the idea spreads among those who want to reassure their children during the pandemic.

As part of the initiative, we’ve started adding photos of bears to our Facebook page and Instagram, and we’re inviting children and their parents to name the teddy bears we’ve posted that they like the most! Anyone who likes and follows the page and comments with a name for our bears goes into the draw to win one of five overnight stays in Fable Auckland for the whole family.

“It’s a chance to offer a small ray of sunshine, something to look forward to for children, and is a chance for a post-lockdown treat for five families.”

– Lisa Breckon, our Director of Sales and Marketing

We will announce the winners on the CPG Hotels Facebook page after they have been drawn on the 1st of May.