WWE is coming back to Auckland! 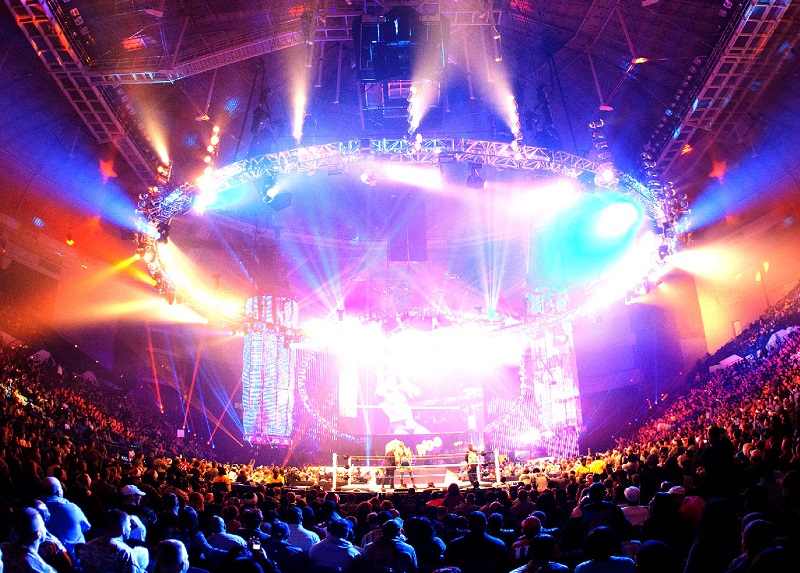 For the first time in five years, WWE wrestling is coming back to New Zealand with an awesome live event. WWE Live is about to hit Auckland’s Vector Arena on Wednesday 10 August and it’s the first time many of New Zealand’s WWE fans will get to see these stars of the biggest show on earth wrestling it out in what promises to be a night of great entertainment.

The show promises to be an absolute cracker with some huge match ups on the night and it was also recently announced that John Cena is coming back to Auckland and apparently he has something pretty special up his sleeve! This is the full match card for WWE Live at the Vector Arena:

The Usos vs Luke Gallows and Karl Anderson

Sasha Banks and Paige vs Charlotte and Dana Brooke

WWE Live has pulled out all the stops for their tour of New Zealand and Australia and after a five year wait, it promises to be a sell-out crowd so make sure you get your tickets soon before they’re all gone from Ticketmaster.

Over 750,000 WWE fans have been to see a WWE Live event in Australia and New Zealand since it debuted in Melbourne in 2002 – make sure you don’t miss out this time around and let’s make sure they don’t leave it another five years before they come back!

The Hotel Grand Windsor is ideally situated for anyone going to the WWE Live event so if you haven’t booked your accommodation and you are heading into the city for the show, why not make a night of it and stay with us at the centrally located Hotel Grand Windsor. Just a short 5-10 minute walk from the Vector Arena, the Hotel Grand Windsor is situated on Queen Street and we have some great Winter Warmer deals on at the moment so check out availability on the website and book today.

You can find out more about WWE Live over on the Vector Arena website and keep up to date with all the latest news.