The Bledisloe Cup comes to Wellington 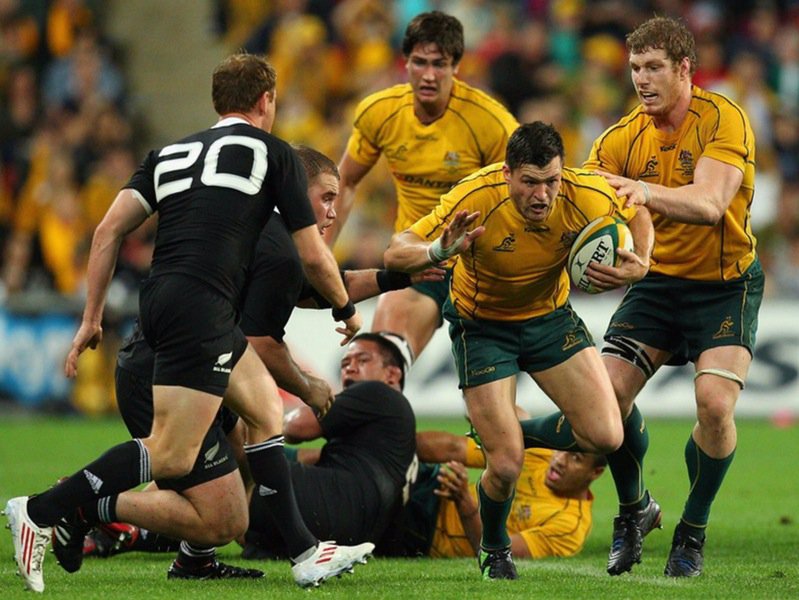 The Bledisloe Cup is coming back to Wellington for the first time since 2013 and it promises to be a thrilling game in this year’s three test series. New Zealand have completely dominated Australia, and have won the past 13 series, a run they will be looking to carry on this year. Overall, New Zealand have won 43 Bledisloe Cups following victory at Eden Park last year and Australia have won the trophy just 12 times.

History of the Bledisloe Cup

There is some debate over when the first official Bledisloe Cup was contested with the Australian’s claiming that a one off match at Eden Park in 1931 was the first, however there are no records to support this so the records date back to 1932 when Lord Bledisloe presented a cup for the All Blacks and the Wallabies to compete for. Between 1932 and 2981, the competition was competed for irregularly between overseas tours for both nations, however during this period, New Zealand showed their early dominance, wining 19 and losing just four times during this period.

From 1982 to 1995, the competition was contested annually, sometimes in a series of three games and other times just a single match. During this period, New Zealand came out on top 11 times to Australia’s three. Since 1996, the competition has been contested as part of the annual Tri Nations tournament however there is still some irregularity with how many games make up the series; some years it’s three and others it’s two.

This year the Bledisloe Cup will feature three matches that make up the series; one in Australia and two right here in New Zealand. The first test, as in 2015 will be contested in Sydney and this game has already sold out, raising the hype around the tournament with the Australians coming off the back of a home series defeat to England. Last year, Australia won the home leg of the two match series, beating the All Blacks 27-19 at the ANZ Stadium in Sydney before New Zealand turned the tables with a comprehensive 41-13 victory at Eden Park to seal the trophy once again.

Following the Sydney test, the two sides will head to New Zealand’s capital for the first time since 2013 to contest the second of the three test series on the 27 August and hopefully everything will be set up for the All Blacks to bring home the trophy once more. Last time out at the Wellington Regional Stadium, New Zealand brought home a 27-16 victory and the locals will be hoping for more of the same this time around at the Westpac Stadium. Tickets are still available and can be purchased through the official All Blacks website.

Whilst the opening two games of this year’s Bledisloe Cup take place in August, if the teams are tied after those two games, they will have to wait until the 22 October for the decider to take place at Eden Park in Auckland with both sides having commitments in the Rugby Championship against South Africa and Argentina which could really add to the tension in the build up to that game.

Come out and support the All Blacks

With just under two weeks until the big game, make sure you get your tickets to watch the Bledisloe Cup in Wellington for the first time in three years and cheer on the All Blacks to victory. If you are looking for great accommodation, make sure you check out the great deals at the Willis Wellington Hotel and stay in Wellington in style.

Here are the dates of all the Bledisloe Cup games for 2016: