The Queen City Gets A Grander Windsor 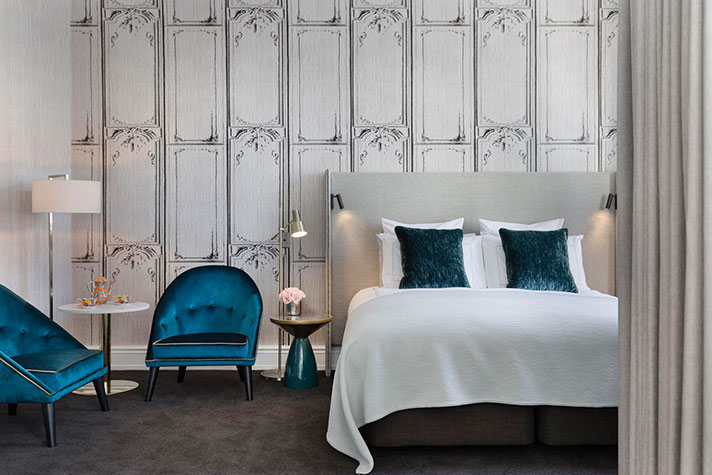 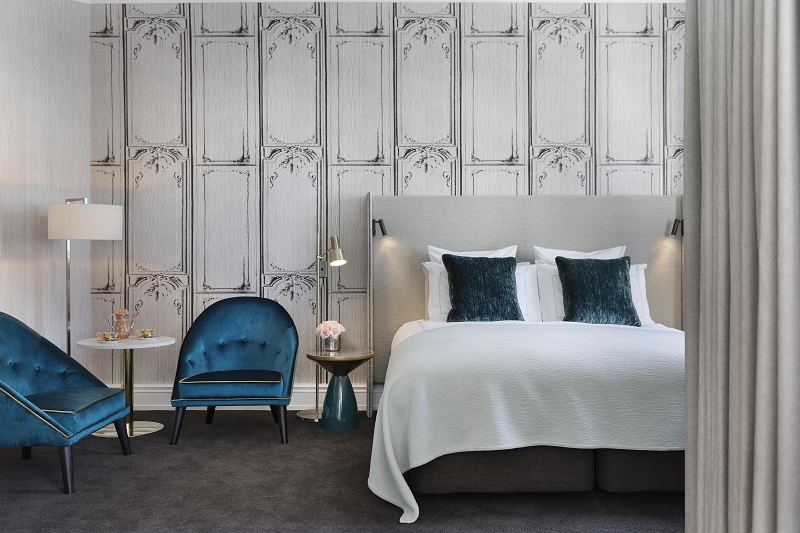 The glamour of the Art Deco era, when travelling in style meant monogrammed trunks, well-cut suits and dressing for dinner with fabulous gowns and jewels, has inspired Auckland’s latest five-star boutique hotel.

With its blend of classical and art deco design, the revamped Hotel Grand Windsor will cater for those looking for the ultimate in boutique experiences. An investment of $9 million has been made on the refurbishment. Guests will enjoy exquisitely appointed guest rooms and suites.

Hotel Grand Windsor general manager Renato Gualberto says he and his team want to exceed customers’ expectations by providing the level of service seen in the great London hotels of last century, with a modern twist.

The Hotel Grand Windsor building at 58-60 Queen Street dates from 1928, but the site has a rich history before that. The first building was a modest wooden one on what was then the foreshore of early trading port Commercial Bay in the mid-1800s, now the location of chic hospitality, retail and transport hub, Britomart.

The wooden building was eventually replaced by a three-storey brick building that was subsequently destroyed by fire in 1887. The current Windsor House was built by restaurant and soda-fountain company WR Cooke and Son Ltd. In May 1927, construction began on a new 10-storey, reinforced concrete building that included a basement and caretaker’s residence. Cooke’s Building, as it was then known, was designed by architect Arthur Sinclair O’Connor, who’d earlier designed the Orange Coronation Hall on Newton Road.

The Auckland Star reported during construction that Cooke’s Building was “virtually the first skyscraper built here”.

Hailing from Brazil, Gualberto began his hospitality career with the global Holiday Inn brand. His career and travels eventually led him to become acting general manager for AccorHotels in Suva, Fiji, in January 2016. From there, Gualberto had a short stint as rooms division manager for the opening of Sofitel Wellington upon which has eventually led him to take up the general manager’s position at the boutique five-star Hotel Grand Windsor, Auckland.

As the new general manager, Gualberto “is committed to lead and inspire the team to go above and beyond to make our guests have a memorable experience and wanting to come back”, he says.

History and grandeur play an important part in the redesign of the Hotel Grand Windsor, but its outlook is to the future. The hotel has been taken from a modest three-star to a leading five-star establishment, and while it had been time for a makeover, the company saw a premier group of clients not being served by the current crop of local hotels.

“There is a real gap in the luxury market for a boutique five-star hotel in Auckland,” says Gualberto. “There are good five-star hotels out there, but none with a true boutique character, bespoke service and bygone charm and elegance of our Hotel Grand Windsor.”

Not only will the hotel be luxurious, and a pleasure to stay in, it is also perfectly located to take advantage of Auckland’s bustling nightlife, premier shopping, vibrant cafés, and some of the world’s best scenery and outdoor activities.

The Hotel Grand Windsor is open for business as it prepares for its boutique five-star relaunch in June 2017. Introductory offers are available during phase one of the opening period. Hotel Grand Windsor’s luxury day spa and fitness centre will open later in the year.

Auckland’s Hotel Grand Windsor is about to relaunch itself onto the Queen Street scene after a multimillion-dollar, five-star refit. After a careful restoration to provide an experience to remember, Hotel Grand Windsor is moving from a trusted three-star establishment to become one of New Zealand’s finest boutique hotels. Guests will enjoy exquisitely appointed guest rooms and suites.

Blending classical and art deco styles, the new Hotel Grand Windsor will turn heads, and satisfy the most discerning guests with its high level of personalised services. Hotel Grand Windsor’s general manager is Renato Gualberto. Hailing from Brazil, Renato’s most recent role was with Sofitel Wellington, prior to this he was acting general manager for Novotel Suva Lami Bay, Fiji.